An excuse for everything

Alex has an excuse for everything, when she does not eat healthy it is because there was no good food in the house. When she is cranky it because her dad “hates me”. When she is late for school it is my fault for waking her up late, and on and on.

I believe excuses are the way Alex compensates for what she perceives as events she can’t control. For example, when Alex does not eat well it is because she does not control her hunger. She knows unhealthy eating is bad, and we chart her food intake every day. However, food is such a comforting thing for her; it is something she has control over, which is not the case with a lot of things in her life.

Of course John does not hate Alex, but like many parents, myself included, we do not put up very well with teenage b******t. Alex knows what buttons to push and when something has happened in her life (such as a bad experience in the lunch room) Alex will push and push. She channels her disappointment right into a noncompliant behavior. We always try to figure out the why, but sometimes Alex gets to us, we react, and in turn become “hated”.

Late for school is a problem in our house. When the kids were little, I set my alarm very early so I could get all three dressed, fed and out the door on time. With a 16 year old and an 18 year old at home I have the luxury of sleeping in until the last moment. On most days, Alex’s alarm goes off; she takes a shower, brushes her hair and teeth and gets her breakfast before I even see her.

However, there is always at least one day a week that Alex does not get up. This makes me the bad guy, as when I wake her I suggest she get dressed quickly and forgo the shower. As most of us who have children with down syndrome know, rushing is not part of the DNA of that extra chromosome – actually that chromosome is allergic to routine changes. The morning is a struggle, and Alex blames me. My theory - something is going on at school and Alex is avoiding the conflict. Just like my other kids!

We are finishing the Special Olympic Bowling Season. The regionals were a few weekends ago, and Alex got a second. In the past, second place has not been good enough for Alex – somehow my competitive gene got handed down to Alex. This is not a bad thing, but it does come with bad sportsmanship. Alex has difficulty processing her disappointment when she does not win and can be an ungracious athlete. Fortunately, as she matures we are able to work with her on this, as do her awesome coaches.

Recently the excuse queen has taken to blaming her bowling ball when she does not get a strike, so now she has her own pink ball. With that excuse negated her low scores are attributed to the lack of her own shoes, gloves and bowling bag. Excuses, excuses, excuses!

This time we have called Alex’s bluff. The State Games are in two weeks, and we decided to reward Alex for her maturity and growth in sportsmanship. 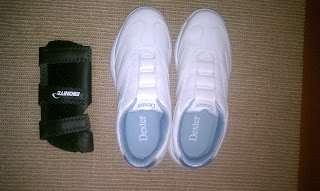 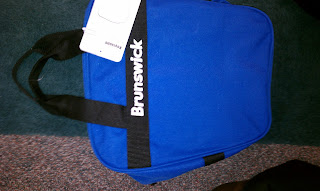 So the question is, what will Alex use as an excuse this time, and how will we make a lesson of it?