The third - and probably not the last - health scare 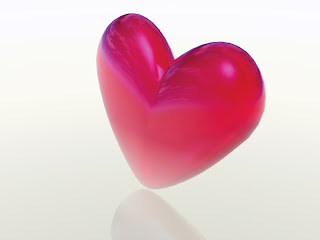 Today Alex will have her blood drawn as a follow-up from an undiagnosed illness she had last spring. She will have a complete panel drawn (whatever that means). She is also followed for thyroid irregularities, a common concern in children with down syndrome, and her th and tsh levels will be tested. She cannot eat this morning in preparation for this appointment – she is sad and I am glad!

Late last spring when we were first hearing about the swine flu, and before it was even renamed H1N1, Alex contracted a very serious virus. She had a sore throat, temperature, stomach ache, raspy voice and all the classic symptoms of the flu. Alex is now more prone to pneumonia and accompanying lung issues after having had such a serious case last summer. Therefore, I had been forewarned to take her to the doctor at the slightest hint of any bad flu symptoms.

I took Alex to the doctor two days after her symptoms first appeared. The doctor did blood tests, a lung x-ray, the H1N1 test and an overall check-up. She tested for mono, an abscess in her throat and other blood disorders. Nothing could be identifed as the cause of her illness. The doctor told us to go home and come back in a couple of days if Alex did not get better. Although a diagnosis would have been comforting, I was relieved her lungs were in good shape.

Alex did not get better, so we returned to the doctor two days later. Once again the usual tests were done and all we could discover was that her white blood cell count was elevated, indicating a minor infection somewhere. Her breathing was still good, and we could keep her temperature down with tylenol. But as far as I was concerned, I wanted Alex to get better. She had been out of school for a week, and the doctor really could not determine what was wrong. I was frightened.

I must interject here - Alex has a great doctor. She is cautious and well schooled in the oddities of down syndrome. I find this the case with the younger professionals in the medical community. These professionals have been educated and schooled in many different disciplines – including genetic disorders. I attribute this great education as part of the revolution that occurred in the eighties, spearheaded by parents before us.

Our doctor insists on tests I have never even entertained, and explores all avenues in terms of abnormalities. She was the one who suggested we have Alex's tonsils removed to help her sleep. She backed up this opinion with a consult with the cardiologist - who noticed by ultrasound that Alex was not getting enough circulation to her lungs - potentially affecting her heart. Removing Alex’s tonsils turned out to be necessary and changed her sleeping habits for the better immediately.

I did not like the idea of taking Alex home again and waiting - I had been through  pneumonia and I was reliving the fear. Our doctor hesitantly suggested we put Alex on an antibiotic. But, as an actual infection could not be identified, she was uncertain this was the correct protocol. As we have all learned, antibiotics are over used in our medical community, causing all sorts of resistances in our kids. In the end, having ruled out all other illnesses, she agreed.

Alex received two antibiotic shots, a couple of days apart. I am uncertain of the name - but it was the kind that was shot directly in to her butt (somehow seeing my kids get shots is bittersweet). Alex recovered fairly quickly after that, but we were not sure if it was the antibiotic or the flu had run its course. Unfortunately, I have not recovered; I am still fighting with the insurance company over the $400 cost of this medicine, but all the other tests were covered.

We are very, very, lucky Alex does not have more serious and chronic health issues and we have medical insurance. Many children with down syndrome have serious health problems, and some families do not have access to health care. There are so many potential health problems associated with that darn third chromosome. The medical community does not understand why - but does treat and repair as needed, assuming medical coverage.

I know there is lots of noise around research on down syndrome and I truly support it. But I also support complete medical care for all, comprehensive education, and funding that is used to create full and meaningful lives for the adults in our down syndrome communities. Can't we do both?