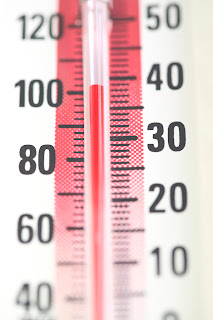 Alex is sick today. In the past we have not been too concerned when Alex was sick. Her system does react differently to mine, or my other kids. When there is something out of the ordinary in her life she tends to get sick. In the past I was able to attribute this to difficulties at school, either academically or emotionally. But since last summer I have changed my tune.

When Alex was little we used to be more concerned when she was ill – just like the parents of all young children. We had had the heart surgery though – so we wanted to be extra cautious. But after lots of trips to the doctor we were reassured that her illnesses where just the same as other kids. It was okay for her to have a temperature, or a sore throat – it was all part of the growing up process.

Last summer, Alex got a fever and a sore throat, and I was not overly concerned. We were visiting her grandparents in Chicago so I assumed that the traveling and the excitement of seeing her old neighborhood had taken the form of a mild cold. I figured she would get better in a couple of days and fully recovered by the time we returned to Colorado.


The flight home was awful – Alex had a fever, a stomach ache and a bad cough. She spent the time on the plane trying to sleep – but this meant I was the pillow. I had arranged to have our flight to Denver coincide with the overnight camp drop-off date – so we could drop her off and then head home. I thought I was so smart! I decided we would still head to the camp, which was three hours from our home, and spend the night and see if Alex felt any better in the morning.

We found a cheap hotel in the town next to the camp. Did I mention that this camp was in the middle of nowhere? We spent the night at the motel and I knew camp was out of the question for Alex. I also knew we needed to get home ASAP as I was getting very sick. I put my body on auto-pilot and drove the three hours to get us home. Tommy was with us - poor kid – he was the only one not sick.

We arrived back at our house on a Tuesday – and I knew we should get to the doctor. However, I was so sick I could not stand-up and we waited until Friday to go. For those three days Alex and I both slept the entire time. I knew we both had temperatures – but we were able to regulate them with Tylenol. I had hoped we were getting better – but Alex’s cough was getting much worse.

When we finally got to the doctor Alex’s oxygen level was in the 50%'s - this means she was not getting enough oxygen to her lungs. I was told to get her to the emergency room ASAP. As we live in rural Colorado the emergency room was 30 minutes away. I asked the doctor to take my temperature as I was so dizzy I did not want to drive, my temperature was 103 - so off we went in the ambulance.

Alex thoroughly enjoyed the ambulance ride as the paramedics were young, male and very attentive. Alex still remembers that ride with much happiness. When we got to the hospital an x-ray was done of Alex’s lungs – she had a very serious case of pneumonia and was taken to the ICU. I also had pneumonia – but was not admitted to the hospital.

I was told over and over again that Alex was VERY sick. I felt completely responsible, despite my 103 temperature. Alex was in the ICU for four nights,regular room for three nights, and released to us with an oxygen tank that lasted for two weeks. I spent every night with her in the hospital - something I would never like to repeat.

How could I let it get this far? This is the most scared I have ever been about Alex’s health. I beat myself up that I was not more diligent. I think we have been so lucky and fortunate that I took it for granted that she would get better. This was not the case. I have been scared straight – is that the right analogy?

Today, Alex has a temperature and a sore throat. Both Courtney and Tom had it this last week. Tomorrow if she is not feeling better we are going to the doctor. I do not care how ridiculous this may seem. Chances are it is minor – but with all the stuff going around I am not taking any chances.

UPDATE -I went home over my lunch break and found Alex in my bed, watching TV and eating a plate of french fries. I do not think she is so sick anymore.

It never ceases to amaze me how smart my 16 year old daughter with down syndrome actually is!