The brownies and the bicycle 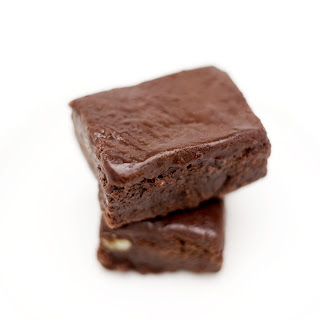 Once again two unrelated topics - but I think you will be able to follow my train of thought.

At home, we are working on skills that will help Alex become an independent adult. Although I do not exactly what her future holds - John and I have decided she will live independently. That is not for entirely selfish reasons - she does not want to live with us when she is an adult – just like my other kids.

So, the other day when Alex told me she wanted to make brownies, I encouraged her.. I was glad to see her take the initiative. She read the directions herself, pre-heated the oven, prepared the mix and stuck the pan in the oven. Great - I thought she is doing some cooking. Now if only I could teach her to make meat loaf....

I should have learned years ago never to feel so smug when Alex is involved. I believe I was outsmarted yet again - Alex just wanted brownies, all to herself - sharing was not even in her mind. I know this, because the next morning when I looked in the fridge the entire pan was gone. Not I said Papa Bear, not I said Big Sister Bear, not I said Little Brother Bear and I know I did not eat any! - But where was Middle Sister Bear...

Alex was up in her room singing. This was fine with me – but I think she was singing her praises for thinking she had outsmarted me and hidden a whole pan of brownies in her room. I busted her – and we had a huge discussion. Alex knew I was very angry and has been sweet and contrite for the last three days. It was time for me to make my move….as follows -

This same day John and I were cleaning up the garage. This is one of those chores we have put off for three years - but for some reason we were inspired on Sunday. It is funny what one can find in the back of the garage - things we had forgotten about. We found dead mice (guess we do not need a cat at all), old tools, Christmas decorations and an old exercise bike.

As we were looking at the bike John (who is very creative this way) had an awesome idea! We will attach the exercise bicycle to a battery and the battery will run the TV. Therefore if Alex wants to watch TV she will have to ride the bike to turn on the TV.

Okay - creative but really not practical – and perhaps we are being a bit unrealistic - but we did move the exercise bike into the den - which Alex usually claims as her domain. We recognize that all of our kids need some private time and we let Alex use the den to watch the Disney channel. This has resulted in Alex developing the funniest sayings and comments - sort of like Zach and Cody (more about Alex's language usage at a later time).

Knowing that I have the upper hand at least temporarily I have told Alex that she must ride the bike if she wants to watch TV - she has agreed for now! However, last night she decided she wanted to do homework all night and went nowhere near the den. We’ll see how long that love for homework lasts. What a smart girl we have!

So the moral of this story is – if you want to get your child to ride an exercise bike or do their homework- bust them with a pan of brownies.