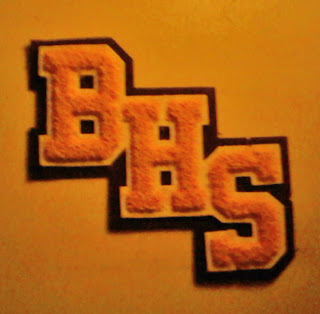 For the last week Alex has reminded me every day about the upcoming football banquet. Alex was personally invited by the head coach, the assistant coaches, and even some of the boys. The event was held in the school cafeteria and included dinner, dessert and awards. Last year she was not invited. We have come a very, very, long way in a year.

As this was Alex’s second year managing the team, all the kinks of the previous season have been ironed out. Alex knew her job, the coach knew when she needed assistance with direction, and the boys included her.

It was almost a non-event when Alex showed up the first day of practice and got the water bottles ready. She was a part of the team from day one, and thus it never occurred to anyone not to include her at the banquet. The previous year she was new to the team, as was the idea of a team manager, especially one with down syndrome. Although appreciated for her contributions, her invitation to the banquet seemed to have been misplaced. We heard about the event after the fact. I understand this.

Alex assisted at practice every Tuesday and Thursday, and all home games, but did not travel with the team. She made sure the water bottles were always full and retrieved the tees after the kick-offs. She listened in the huddles, and held towels for the boys. After the last game, the coach Mr. F gave Alex a bouquet of flowers, and my sweet daughter smiled for a week.

This was a great experience for Alex, she felt like she was a part of the team. The coach made sure she and the players understood their responsibilities, and as needed, advocated for Alex when the boys got a bit unruly, as all high school boys tend to do. Alex was convinced if she missed practice or a home game she would let the team down. This sense of belonging is something I wish for all of my kids, and especially Alex.

Mr. F really is an example to all of how a teenager with special needs can be part of a team, contributing as they are able while gaining confidence and self esteem. Now, I just need to work on the girl's basketball coaches again…..but that’s another story.

Awards stated right after the banquet dinner and Alex was called up to the podium just after the assistant coaches were recognized. Mr. F gave Alex a certificate of participation as well as the letters BHS, an informal way to be “lettered”. Alex got the loudest applause of everyone in the room, and her whole body smiled with the recognition. She was high fived by all the coaches, and the people she passed on her way back to her seat. That look she gets on her face of pride and joy mixed is my special prize; it reminds me of how magical Alex is. I saw it for the next two days.

Mr. F spoke of the importance of the Team Manager and how well Alex had done. To paraphrase his remarks about Alex I share his toast:

Towards the end of the season Alex told me she had to leave early because her mom needed to pick her-up or she had extra homework to do. I did not think this was unusual and she was only leaving about 15 minutes early so I was okay with it. However, I now realize that this was our first indication that the weather was changing. When I look back on this I realized Alex started leaving practice early because it was getting cold, she outsmarted me!

Way to go Alex, not only did you letter, you outfoxed a wily football coach. And by the way, the letter jacket that you want to get your letters embroidered on, the one that cost $180, Santa has that under control!