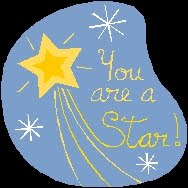 Alex loves sports more than anything else. She loves all sports; they give her confidence and the feeling of being a part of something.

For someone who recognizes she is different from her peers, learns differently, and even looks different, sports have been the blessing that helps Alex grow. I believe the lessons Alex learns by participating in sports - communication, peer relationships and team work will last her a lifetime.

I also believe these lessons should be an intrinsic part of her curriculum. Why not use these lessons as the basics and build from there? For example, in speech - could Alex be working on formulating complete, understandable, correctly syntaxed sentences, to be able to communicate with her team mates? In social work with the counselor - couldn’t Alex be working on self-advocacy skills as well as tactics she can use to ensure inclusion in the basketball drills? In math - score keeping, in language arts - reading playbooks? I could go on and on - and I have been going on and on with the school. I sound like a broken record.

This is where I am stuck. I believe this philosophy is supported at a very basic level at Alex's high school - but it is no enforced, and is creating a huge issue with basketball.

"Every time you smile at someone, it is an action of love, a gift to that person, a beautiful thing."
- Mother Teresa

We each touch other’s lives in so many different ways.

It can come from helping someone, listening to them, talking with them or just being there.

Or it can be the simple gift of a smile.

If that’s the case, the lives of numerous Cadillac High School students, parents, teachers, administrators, custodians, coaches and the community itself are richer.

He’s a member of the Vikings’ varsity football team, he’s Homecoming King and he’s touched the lives of countless people.

He does that with what he learns from us, his smiles and - more importantly - from what we learn from him.

He was born with Down’s Syndrome, a genetic disorder that hinders mental and physical development but it’s different for everyone.

Derek’s parents - Gary and Doreen - have always made it a point to have him included in as many mainstream classes as possible.

Through that, we begin one of the biggest ways Derek has touched all those lives mentioned about - football.

He never played the sport at Cadillac’s Mackinaw Trail Middle School but was friends with a lot of football players and the coaches who are teacher’s at the school.

When it came time for Derek to move into the eighth grade, the subject came up again.

"All the eighth graders were talking about it and he knew coach (Jason) Main and coach (Brandon) Oberhaus from Mackinaw Trail," Doreen Patino said.

"Derek got a letter from (freshman coach) Steve Myers about football like all the boys do.

"He wanted to play."

Gary Patino played football for Milo Brines in Cadillac and Derek wanted to follow in his footsteps.

"My dad played and I wanted grandpa to be proud of me," Derek said. "I wanted to be with my friends and the coaches.

For Gary and Doreen, it opened up a world of questions about Derek taking part in a physical sport.

"Part of it was the mother thing for me and as I look back, I didn’t realize what was involved," Doreen Patino siad. "Gary said to me, though, that we have to let Derek live his life.

"He had never been away from us and I am the hovering, mothering type anyway. Coach Main talked to us and said it would be fine, that Derek would be looked after. After a lot of soul-searching, I said es."

Derek has taken part in nearly four years of football and all that entails - summer conditioning, Camp Torenta, practices, games and hanging out with the guys.

He does as much as he can in practices and admittedly doesn’t like to run. Cadillac’s freshmen, JV and varsity staff get Derek in games when it’s possible and he’s been in a good chunk of them this year as a defensive lineman.

"His goal was to play high school football and he’s done that for four years now," Doreen said. "Now, he’s homecoming king. It says a lot for the school.

"If Derek wanted to do something, we will find a way to make it happen. It may not be the typical way but we will make it work so it can happen for him."

Cadillac senior Clay Comstock has been friends with Derek since first grade at Forest View Elementary and is a huge supporter.

"Knowing him personally, it’s nice to see Derek get playing time," he said. "It makes everyone feel good because he’s gone through a lot in his life. To see him be a part of this is cool.

"I think he likes the feeling of being part of a group because he doesn’t always have that opportunity."

Gary could not be prouder of what his son has accomplished.

"He’s my first son and I’ve always wanted him to do sports," he said. "We found out he had Down’s and you wonder what’s going to happen?

"This is something I never pushed on Derek ... he came to us. He’s out there running and sweating and it may not the be at the pace of all the kids but he is doing it. As a dad, I couldn’t be more proud of him."

Derek has had a great relationship with Cadillac’s student body for three-plus years now but it reached a new level last week.

The first step was Derek being named to Homecoming court. The second step brought the Veterans Memorial Stadium crowd to its feet and put them in tears last Friday when he was named king and Janelle Agren queen.

"There was kind of a buzz in school last week and once he got on court, I think everyone pretty much voted for him," Comstock said.

"I was in the locker room at halftime and when Derek came back in, his eyes were kind of teary and he was smiling.

"It was a really good feeling for all of us that more than just the football team voted for him ... it had to be the whole school for him to be king."

Gary Patino was king his senior year in school and that led to it being something Derek wanted.

"He had seen some of my pictures and he said, ‘Dad, me king?’" but it wasn’t anything that ever entered our mind," Gary said. "Then he got on court and it was all his friends there with him.

"I was so pleased that Janelle was picked to be his queen ... it’s storybook stuff."

Said Doreen, "When they announced his name, I just heard this loud roar from the crowd. Your friends love you, Derek. People think it’s not true or sincere but then you are with these kids and you see how much they care about Derek."

Said Derek, "I was happy ... and my mom and dad were crying," Derek said. "My sister (Kayla) was hugging me and crying."

The night showed Derek’s relationship with the school community and it’s one of friendship and caring. It’s also one of education - on both sides.

Derek has taught us that anything’s possible if you want to do it, regardless of what life throws at you.

"Derek’s doing it, I can do it," Gary said. "It’s an experience for everyone he’s around.

"He’s touched so many people in different ways. The kids don’t realize the gifts they’ve given Derek that he will take with him forever. They don’t realize the impact they are making. We are in awe of the community and the kids to have given him this experience."

I rest my case.