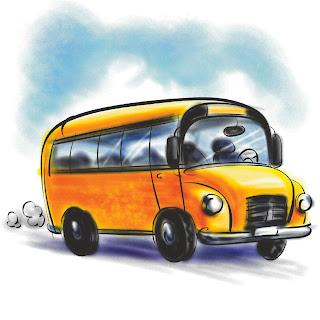 Most days Alex does not need to take the bus home - today she did. She is very independent and I really do not worry about her finding her way home. She has a cell phone and knows to call me if she has any transportation issues.

But, today around 2:30, while I was at work, I got a call from Alex's teacher. Alex had explained to Mr. S. that she did not want to take the bus home and gave him three options. He could drive her home, he could stay at school and wait until I came to get her at 5:30, or he could wait at the bus stop for her and walk her home. She suggested they both call me and see what I thought.

One of our family nicknames for Alex is "bossy boots" - and we use it pretty often. When Alex does not want to do something she is very clever at working out her options. This involves her telling us what she is going to do in a very bossy manner. She also knows how to manipulate the system, and often gets away with it. Mr. S. is on to her, but we do like to encourage her resourcefulness, and gumption. So he let her call me.

Alex does not take the bus home too often. Some days she has football practice, or other sports and sometimes she walks to my office after school. However, there are two days a week when this is her only way to get home. Today, we decided to let Alex stay at school and study on her own. I picked her up at 5:30 and we had yet another conversation about the bus, or perhaps I should say - the bus driver!

Alex started disliking the bus last year when she went to High School. I really did not think it had anything to do with the kids on the bus, as Alex goes to school with the nicest group of kids I have ever met. More on the great high school years later. So it had to be the bus driver.

The bus driver is a teacher at the middle school and gave Alex a number of detentions when she was in seventh and eighth grades for being late to class. I do not really have an issue with detentions - but it seems to me if a child is getting excessive detentions there might be a serious cause that should be investigated. I tried to explain this to the teacher and did not get much agreement. More on the challenging middle school years later.

As it turns out, Alex was arriving late to a class that was difficult for her. She was sitting in the back of the classroom without any assistance and was lost in the subject matter. Instead of trying to find her some assistance in the classroom (which was supposed to be happening) , or move her to a different class - this particular person thought detention was the answer. As I suspected, Alex had developed a serious dislike of the bus driver.

As I said before - there is always a reason - often very hidden - to explain Alex's actions. But it deserves the same respect any child would get.

Even though I like to think I will win the school bus war - I am losing a lot of bus battles along the way - and for reasonable cause. However, I am determined to win - except in this case my adversary is much better armed and more resourceful than me. Wish me luck!