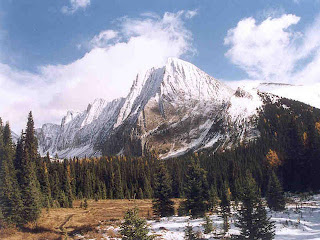 It has been quite interesting to watch Alex learn. Although, I still do not know exactly what makes the synapses in her brain connect. I do know they connect at a different speed than mine. The whole process is fascinating.

In the early years I was concerned that Alex was not learning basic skills - as she was a bit slower than her peers. However, there was enough research, reading materials and other parents with children with special needs, that I was able to gain confidence in Alex's future. I learned this was my new "normal".

The way I look at it - Alex retains tons of information in her brain and when it all make sense to her, it becomes a learning. I think it is harder for her to implement new skills, just like with speech. The learning is there but the actual development and practice just take a bit longer. Sometimes it can take weeks and months - sometimes a second - just depends on how she connects everything in her brain.

This delay has become more pronounced as she has gotten older, but I knew to expect it. I remember the frustration of changing her diaper when she was three, but I believed at some point she would toilet trained. She was - at four - and has been ever since. I remember the monotony of spoon feeding her when she was three and a half. But at four she mastered the spoon, at four and a half the fork, and at five the knife. Now she makes her own breakfast and lunch. If we are not home, I will leave a frozen dinner - and she will make it for herself.

Sometimes it seems like she has climbed the tallest mountain, as when she was finally toilet trained. Sometimes I feel she is back in the valley - when we have challenges with speech. Mostly though we spend a lot of time on the plateaus, where I feel she will never master a new skill. But then she does. I just have to believe.

A perfect example of a recent plateau occurred in sixth grade. We were in a new school district - and Alex seemed to be getting the same homework over and over again. When I asked the teacher she told me that Alex had not mastered the lesson. The teacher's expectation was for Alex to be able to retell the story. Well, even Alex will tell you she is not a trained seal and will not regurgitate on command.

To make a long story short - I asked the teacher to move to a different lesson and then go back and ask Alex a few weeks later about the previous lesson. I explained that Alex was learning the lesson but needed a bit of time to process it. Turns out I was right - Alex did remember the previous lesson. It is just a matter of recognizing the plateaus are merely resting places for Alex to catch herself up. Not a big surprise to me - but this is a topic for my soapbox edition of "Educating Alex"

I am always trying to figure out what makes Alex tick - what can I do to help her learn a new skill - what connection do I have to facilitate in her mind for something to make sense to her. I often need to remind myself that she is different than me, or my other kids. I try to step into her shoes - I know this will be a puzzle to me for a long time. But, I do know she is entitled to all the academic privileges of any child. This has become my matra.

In the last 16 years, I have learned to love the mountains, dread the valleys and appreciate the respite of the plateaus. But always, I believe.